Hi y'all, it's me Lincoln. You know my girl Lily Jayne? Well she sent me some awesome prezzies for my third gotcha day with my mom. I mean this pug knows the way to my puggy heart...through my puggy stomach. 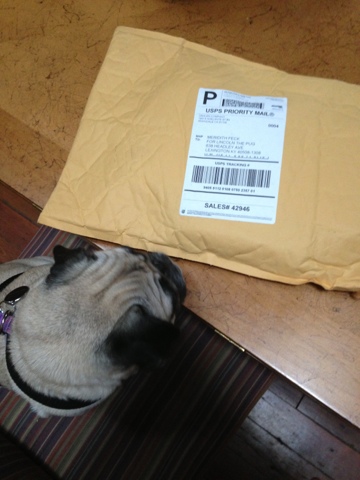 At first Minnie had to check out my treats... 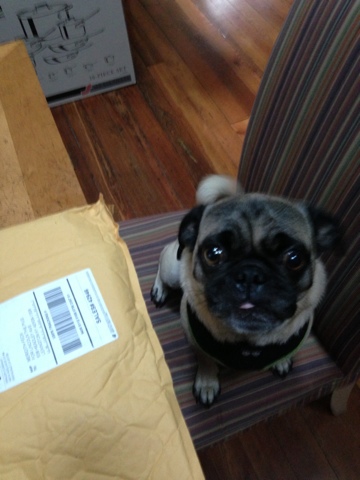 So I begged mom to hurry up already...pictures later... 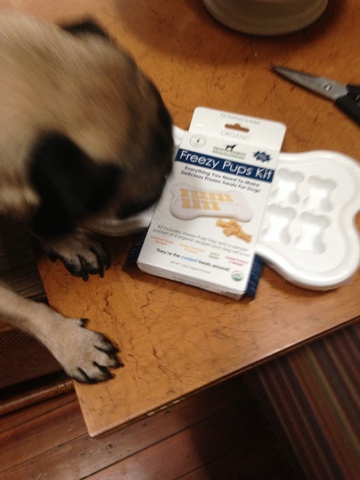 It's a puggy tray to freeze puggy food!!! 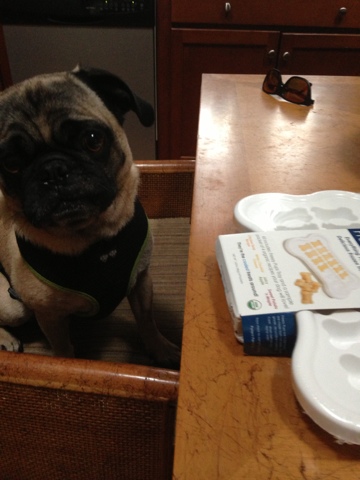 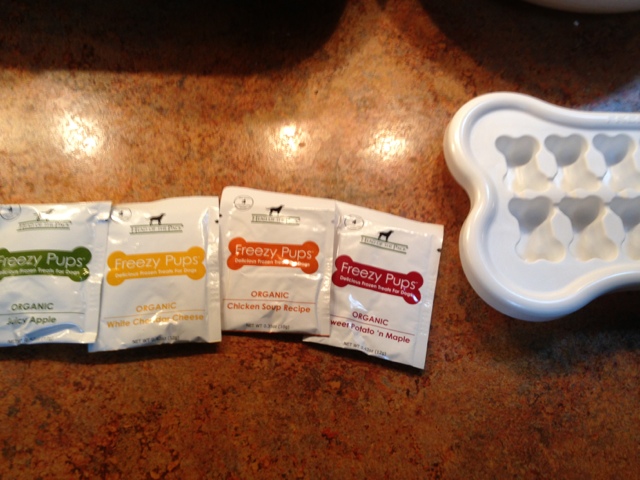 I picked the maple sweet potato 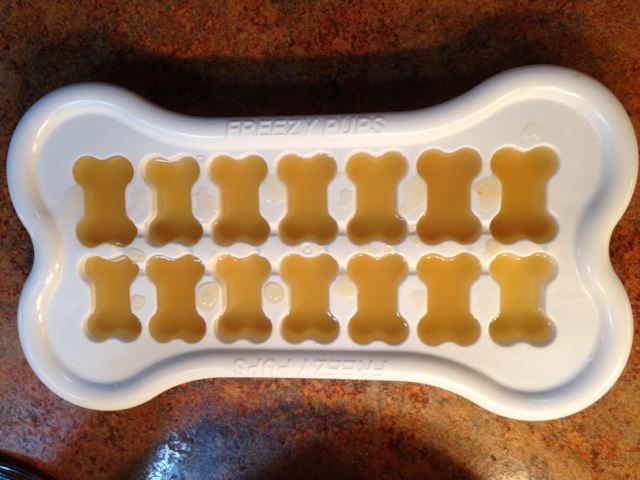 In the freezer they go! Can't wait to try them! Gotcha days are the best... Especially when your lady friend knows the way to your heart :) thanks!!
Lincoln
Posted by Mere at 6:49 PM 1 comment: 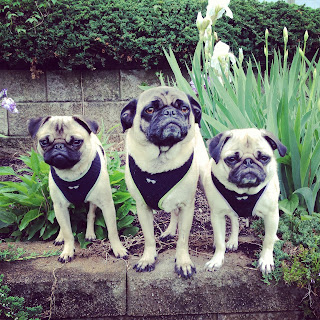 Since we've been gone so long, we felt it was only fair that we introduce....Harley.  The pug on the left...he's a little fellow and he's super duper shy.  Our grandma rescued him.  At first he wouldn't have anything to do with me.  He liked Lincoln, but that's just because Lincoln is "loveable" according to mom. It's whatever.  But don't worry, I didn't give up.  Now Harley tolerates me, which means he lets me sit next to him and shares his snacks with me.  Mostly he shares his snacks because I knock him out of the way but someone has to teach him how to be more aggressive, right?

Anyway, Harley is pretty cool sometimes.  However, he's a little momma's boy like Lincoln.  I guess only the girly pugs are independent.  Boys...sigh.

Happy Gotcha Day Lincoln! You are the best brother (as long as you stay away from my food!) 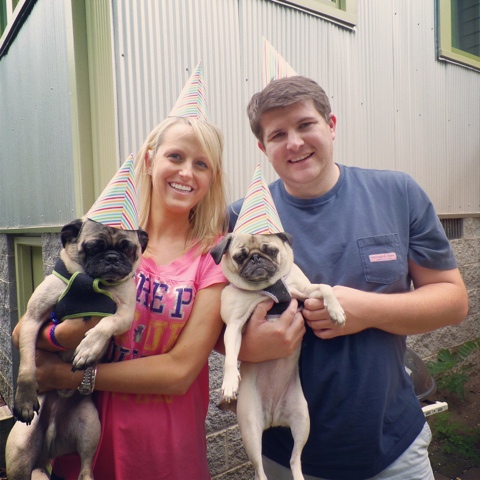 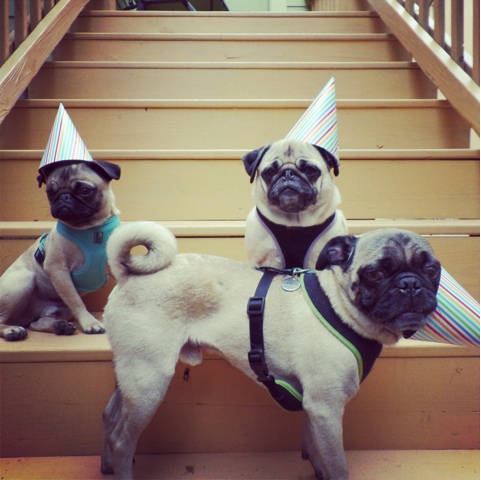 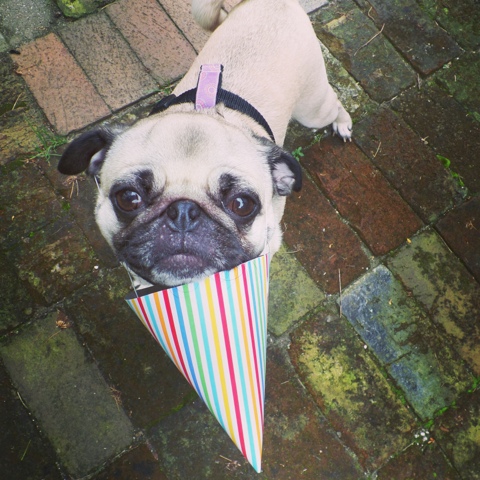 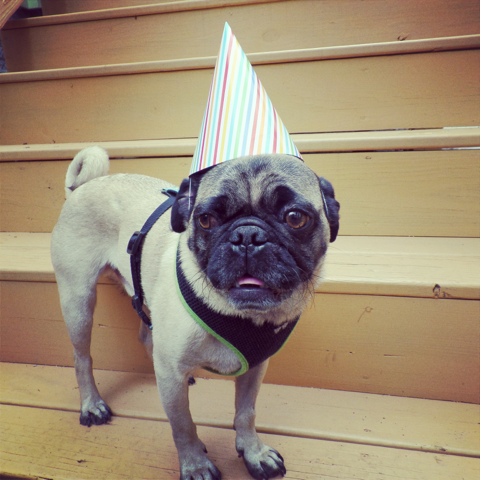