Mom says we have too many toys and that we're spoiled. 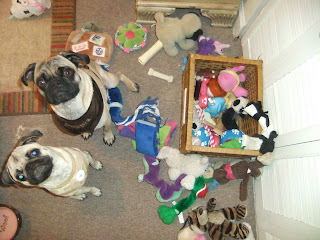 But my question is, what's spoiled mean? 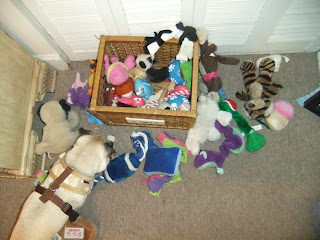 Some very good advice from Lincoln and I to you and your humans that we were sent recently.... 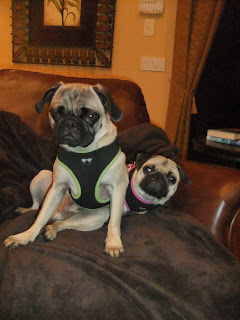 When loved ones come home, always run to greet them.

Never pass up the opportunity to go for a joyride.

Allow the experience of fresh air and the wind in your face to be pure Ecstasy.

Thrive on attention and let people touch you.

Avoid biting when a simple growl will do..

On warm days, stop to lie on your back on the grass.

On hot days, drink lots of water and lie under a shady tree.

When you're happy, dance around and wag your entire body.

Delight in the simple joy of a long walk.

Never pretend to be something you're not.

If what you want lies buried, dig until you find it.

When someone is having a bad day, be silent, sit close by, and nuzzle them gently.

ENJOY EVERY MOMENT OF EVERY DAY!
Posted by Minnie Moo at 9:51 AM 9 comments:

I didn't really make any resolutions for the new year. Florida vacation kind of got in the way and it didn't even really seem like a new year until we got home. Besides, I'm not exactly very good at following the rules. I tend to believe rules are suggestions... 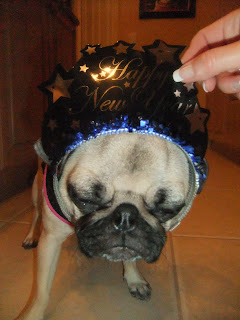 Since I have been seemingly remiss in writing my own new year resolutions, my Mom has decided to write me a couple:

1) I will NOT roll my toy balls seemingly on purpose, under the couch or coffee table, and then claw furiously until someone gets them out.
2) I'll try to remember that the garbage collector is not stealing our stuff.
3) I will try to shake the water out of my fur while still in the bathtub or outside the door before getting on the couch or Mom's bed.
4) I will not eat the cat's food, before or after they eat it.
5) If I throw up, I will not eat it believing erroneously that I have miraculously made food.
6) I will not steal Mom's underwear and then play the chase game.
7) I will TRY to not eat my pee pad which only makes me very stopped up.
8) My head does not belong in the refrigerator.
9) Since we do not have a doorbell, I do not need to bark every time I hear one on T.V.
10) I will not wake up Mom by sticking my face in hers and then clawing furiously until she wakes up. 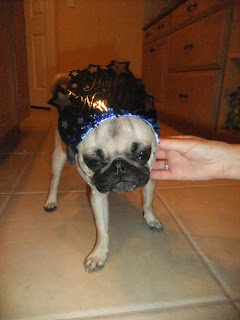 Unfortunately, I'm pretty sure I won't be able to keep any of those resolutions.

Now that will be easy. Well, except for the first one. I can't be expected to walk on ice, it hurts my little paws.
Posted by Minnie Moo at 11:14 AM 7 comments:

Omg. We were gone entire month to a wonderful place called Florida. In fact, the news lady said it was the only state without snow. Lincoln and I did so many fun things and had wonderful adventures. Mom has pictures of practically none of it though since she was completing her psychology PhD residency and graduating for her masters. Talk about no fun.

Anyway, I told you a little about the trip down to Florida with Lincoln's panic attack. Then after we got there, Lincoln apparently discovered he's allergic to grass or some other normal thing. However, despite all of that, we spent lots of time running on the beach, swimming in the pool, laying out in the sun, chasing lizards and making friends.

All of the pictures that were taken, happened via cell phone. So I've included those below, forgive the poor quality. Lincoln and I promise to update a lot faster now :) 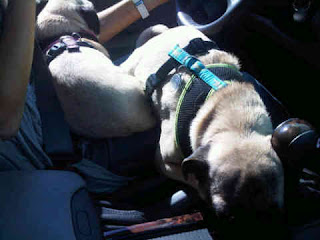 We rode in a lot of cars and planes. 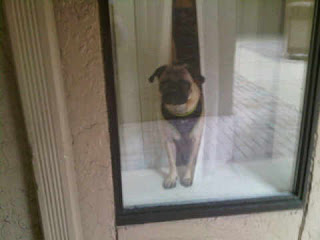 Lincoln had issues with hotel room. He sat in the window everyday and waited for Mom to get back. The other people at the hotel would find Mom and say how sweet he looked. One lady even said she almost broke the window to get to him because of his sad face. Mom assured her that Lincoln always looked sad and that he was a great actor, that he was actually very spoiled. 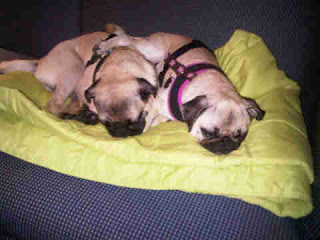 Lincoln and I in the hotel room. Notice, my leg over top of Lincoln's back. Lincoln is my living pillow. 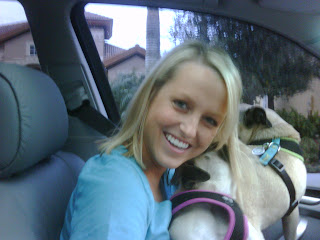 We were driving around the neighborhood, I decided to eat Mom's hair. Hair is delicious by the way.

Sorry, we've been MIA lately. We have been hanging out by the pool and chilling in Miami. We even are living in a hotel for two weeks while Mom does a residency in Miami. 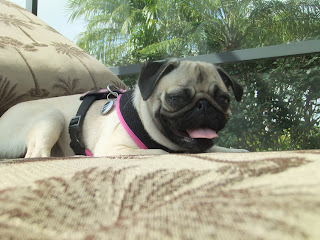 Poor Lincoln, he's been sick. He appears to be allergic to grass. His skin is all broken out and Grandma had to take him to the Florida vet today. $200 later, Lincoln seems to feel better. 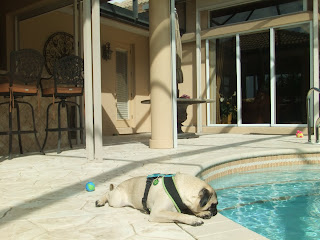 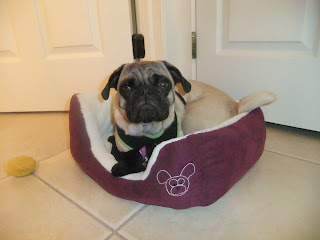 Yes, my grandma bought me a bed that was my size for Christmas.
But purple is so my color.
And it's much cozier to sleep in Minnie's much smaller bed.
Love,
Lincoln
Posted by Minnie Moo at 10:57 AM 10 comments: 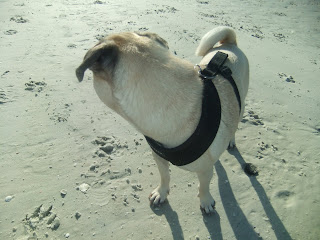 Yesterday we went to Dog Beach here in Florida. This is the only picture Mom was able to snap before Lincoln and I took off. I've been to the beach before. As far as we know this was Lincoln's first time. Lincoln loved the beach. He ran and ran and ran, making all kinds of new friends. He even ran in the ocean up to his mouth before he remembered that he didn't like to swim. Maybe he just likes to swim in the ocean? I don't know.
Anyway we played on the beach for a hour before Mom decided she had shopping and other stuff to do. So like a good pug, I came running when my Mom called for me. Lincoln however, pretended he didn't know his name and kept running with all his new friends. Finally, Mom caught him and then we had to literally drag him while he cried the whole way off the beach. People stared at us like Mom was being mean to Lincoln. Then Lincoln cried for fifteen minutes when we got in the car. Lincoln really loves the beach. I love the beach too but I don't cry over it. Lincoln is such a baby.
Anyway I hope you all have a wonderful New Years! 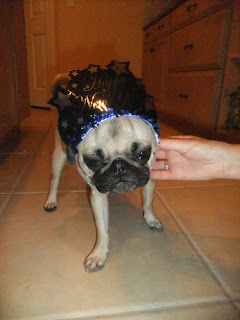